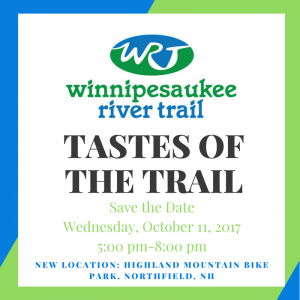 It’s that time of year again. Come join us on Saturday, April 22 so we can get the trail cleaned up for the busy Spring season. Bring your rakes, shovels, gloves, clippers and enthusiasm. 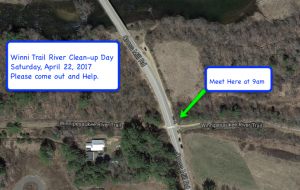 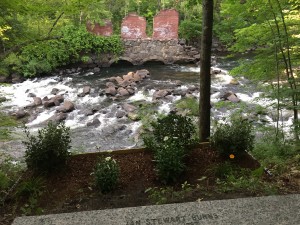 A beautiful garden in memory of Ian Burns, a tribute by his parents, Bill and Lynn Burns was established on the Franklin side of the trail. Garden assistance was by Dave from Appletree Nursery and Timmy Reed, Landscaping. You can find this wonderful spot on the section from Franklin to Cross Mill Road.

This article appeared in the August 6, 2015 edition of the Winnisquam Echo.

Perseverance pays off for Tilton Conservation Commission TILTON — Seven years ago this month, the Tilton Conservation Commission began considering the purchase of a small parcel of land along the Winnipesaukee River. Even earlier than that, the Winnipesaukee River Trail Association was studying ways to continue the Winnipesaukee River Trail through Tilton into Northfield. Both groups have worked tirelessly toward a project that will finally be completed by this fall. People who drive through town toward Exit 20 can’t help but notice the vast improvements to the land along the river that have been gradually happening over the past few years. The Tilton Conservation Commission did purchase the land along the river and began cleaning up trash and removing invasive species along the river. Later, members of WRTA approached the Commission about purchasing the abutting property known as “Ernie’s” to help accommodate the rail trail. After reviewing environmental reports and being assured of federal grants to pay for cleanup of the property the Conservation Commission agreed to purchase the land. A $200,000 EPA grant was received in August 2012, and planning for the final look and use of the property began. Many meetings with the Tilton Board of Selectmen, Tilton Conservation Commission and Winnipesaukee River Trail Association took place to develop final agreements between the organization and the town, to decide upon the location of the trail, parking, etc. as well as to determine the intended use of the property as a conservation area rather than a park. In the meantime, WRTA applied for and received federal funding for 80 percent of the cost of completing the trail, including a bridge across the river from the end of Granite St. in Northfield to the Tilton property. As the group was unable to raise the entire funding they needed to complete this project, it was decided to forego the bridge at this time and have the trail end at a new parking area across from the police station. Trail users will be advised to use the sidewalk into town and cross the river on the Cannon Bridge and continue on Elm Street to the trail at Surrette Park in Northfield. Work on the trail from the Maher’s Welding building to the former “Ernie’s” site is set to begin Aug. 10 and should be completed in about eight weeks. When this stage is completed, the parking area and remaining landscaping will need to be finished, and fencing installed, before the project will finally be completed. The Tilton Conservation Commission has steadfastly kept their final goal in mind to create an attractive conservation area with an emphasis on the river. The original property has been named the Salmon Run Conservation Area which will be maintained as an open space with wildflowers and will allow access to the river for fishermen and kayaks. Funding for the purchase of the properties and landscaping of Salmon Run has come from the Tilton Conservation Fund which is funded by “Land Use Change” Tax when land is removed from Current Use and developed. The Belknap Master Gardeners generously contributed money toward topsoil and landscaping in the name of Tilton Master Gardener, Theresa Schneider. Special thanks go to the Tilton Northfield Aqueduct Co. who donated time, manpower, and equipment to provide water access for site maintaining the property. More information can be found at tiltoncc. org, winnirivertrail.org and on Facebook.

This is typically done by placing the permalink on the post date.